If you're opening a new manufacturing plant in a new state, you already know that your current methods for successfully running the plant need to be modified to fit that new state's laws. You'll also need to take environmental concerns into account, and that includes scale management inside the water pipes and tanks at the facility. Some regions have extremely hard water, and it can be a bit of a shock to see scale form so quickly in pipes when you're used to areas with soft water or somewhat hard water. Scale prevention and removal are one of the best things you can do to make that new plant a success, and setting up a water treatment system is one of the first things you should do when the plumbing for the plant is installed.

Always start by adding the preventive measures first. Even if you're taking over a standing facility that you know has scale in the pipes, set up the treatment side of things first so that, when you do run water through those pipes, you don't add to the scale problem. Basically, you need to cut off the source of the scale first before tackling the scale that's in the pipes. Keep in mind that some minerals may still make it through, especially as any filters in the treatment system grow older, but the amount that gets through will be greatly reduced, if not eliminated.

Next, you want to address the scale that's present, if any. In totally new facilities with new pipes, this won't be an issue, but if you've bought a standing facility, you have to assume there is some scale in the pipes even if the previous company that owned the plant had its own treatment system. The company you contract with to install the treatment system should have their own descaling agents that they can add to the plumbing system. It is possible you'll have to replace some pipes, but the water treatment company can help you identify those. Whether the water treatment company offers additional plumbing services will vary, but you could find one that will handle larger plumbing issues related to scaling.

After the pipes are descaled and the treatment system is in place, monitor both water flow and pressure. As scale builds up, it closes off pipes and makes it harder for water to flow freely. If you notice a drop in the amount of water making it through the pipes or find a sudden change in pressure, soon after the treatment system is installed, call the water treatment company back — it's possible that a part was defective (this can happen to the best of companies), and you want to fix that as soon as you can. 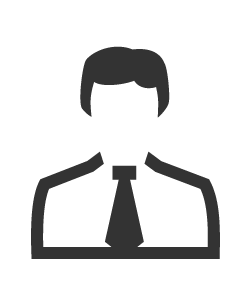 As a hydraulic parts designer, no one appreciates the flexibility and power of vacuum forming quite like me. I've been creating prototypes and working parts with this technique for decades now, and I've learned plenty of tricks and tips for making the most out of your equipment and supplies. Want to streamline your vacuum forming business to reduce waste and improve the quality of what you're forming? Explore this site for plenty of useful and helpful information I've learned from years of hard work and hands on experience. Don't forget to check back regularly to see what new information I've dug up for you.